Proven performance in the Leisure sector

Our ability to accomplish projects of all sizes with the same attention to detail and our expertise in internal finishes has won us the respect of the UKs leading companies. This in turn has given us the opportunity to work on high profile projects in the Leisure sector, and a proven portfolio of services and expertise.

Below, you will find a brief overview of our most recent achievements: - 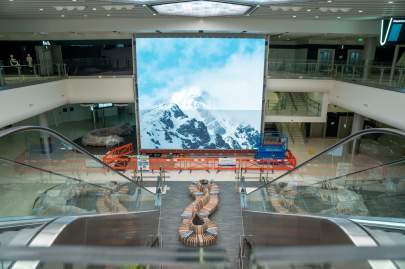 SCS have completed 3 separate contracts on the scheme for Laing O'Rourke over a period of 3 years.

Click the link for the full Project Package for Laing O'Rourke 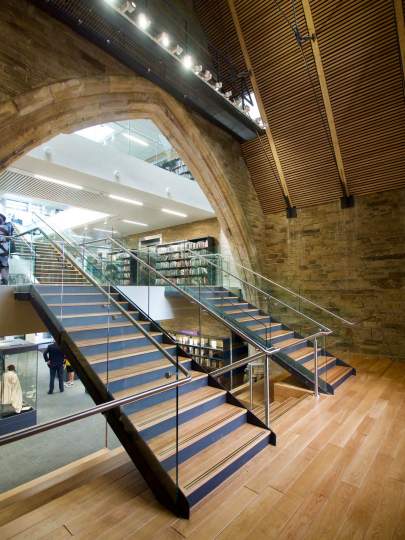 The Piece Hall has recently undergone a £19 million conservation and transformation programme. The work was carried out by Graham Construction with funding from Calderdale Council and a significant investment of £7 million from the Heritage Lottery Fund, with additional support from Garfield Weston Foundation and The Wolfson Foundation. The Piece Hall is now operated by an independent body, the newly formed charity The Piece Hall Trust.

Piece Hall is nestled within a dramatic landscape of rolling hills and wooded valleys at the centre of the West Yorkshire town of Halifax. With its honey-coloured architecture, rich industrial heritage and diverse cultural offer. 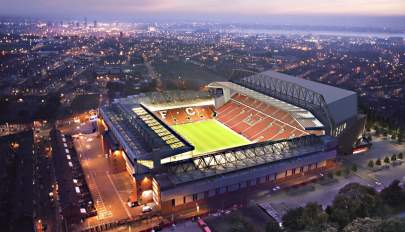 SCS completed works on the Anfield Stadium Project for Carillion Construction. We were assigned the works of Soffit Insulation, Partitions and Suspended Ceilings.

"Taking on any iconic project is a challenge. Few football stadiums resonate more with their fans than Anfield. When Liverpool Football Club appointed us to handle their expansion plans, we knew that our work across football seasons would have to delight supporters, please local residents and respect the clubs culture and traditions" (statement taken from Carillion Website)

The new Main Stand will seat in excess of 20,000 spectators, which is over a third of the grounds extended capacity of 54,000. This capacity will incorporate public amenities and a range of high quality hospitality lounges, executive boxes, VIP lounges, concessions and bars. It will also include a widened tunnel, new dugout and wheelchair viewing positions. 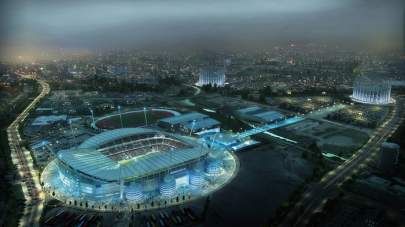 SCS worked on the expansion of the stadium carrying out Soffit Insulation to all areas. 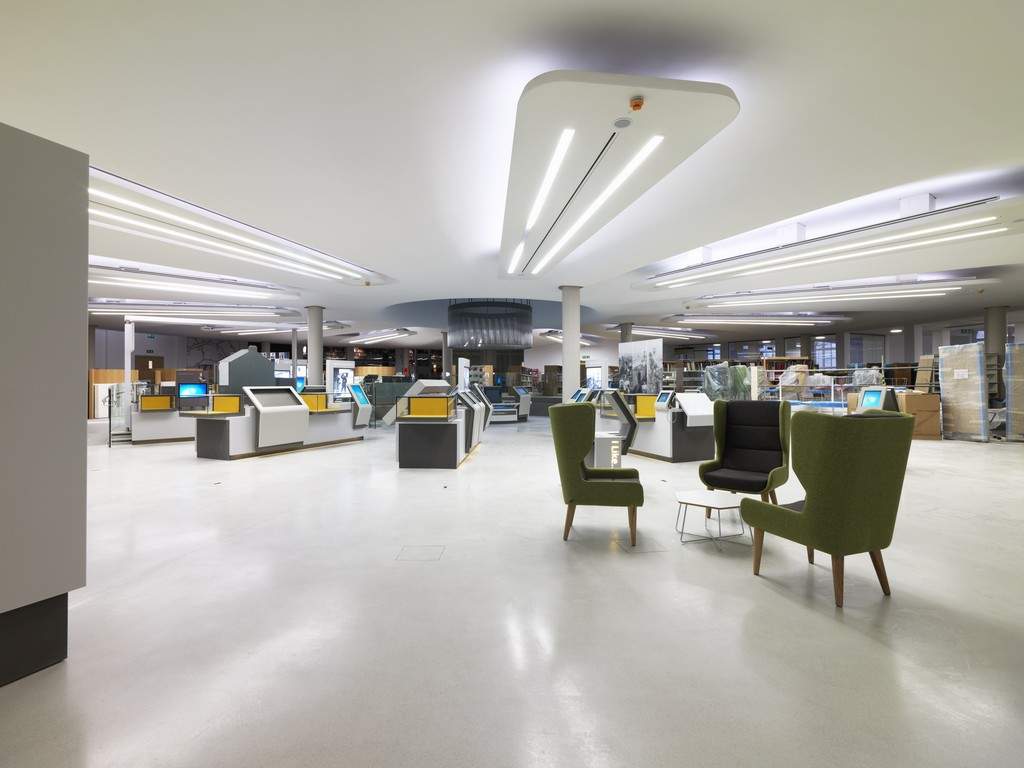 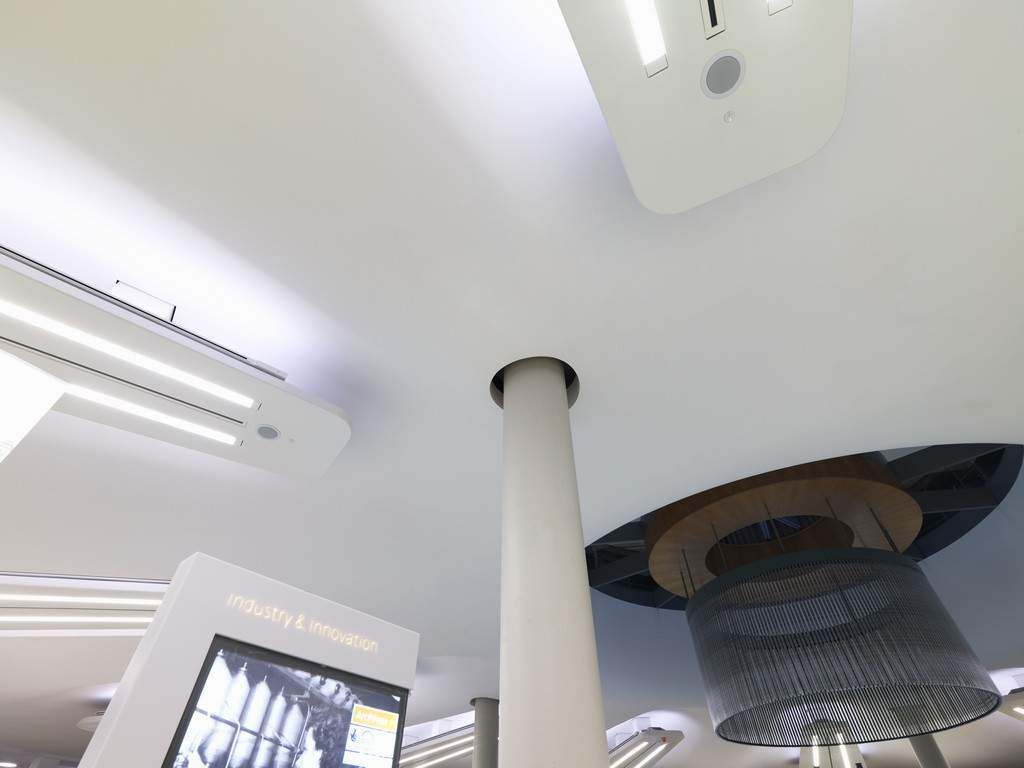 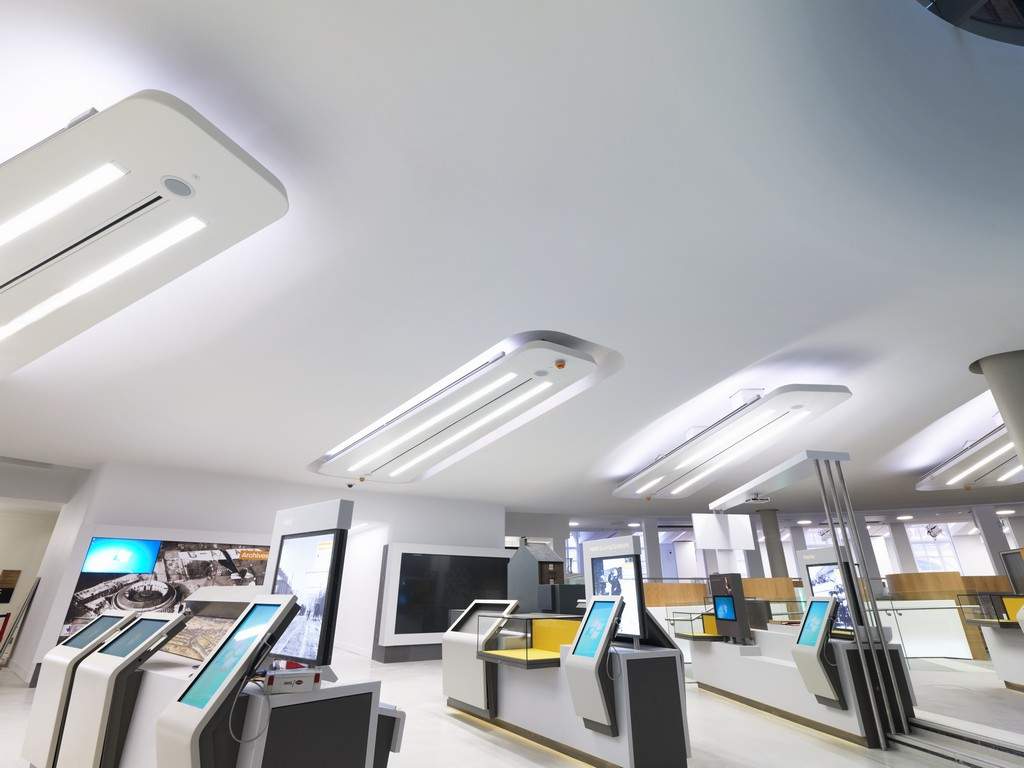 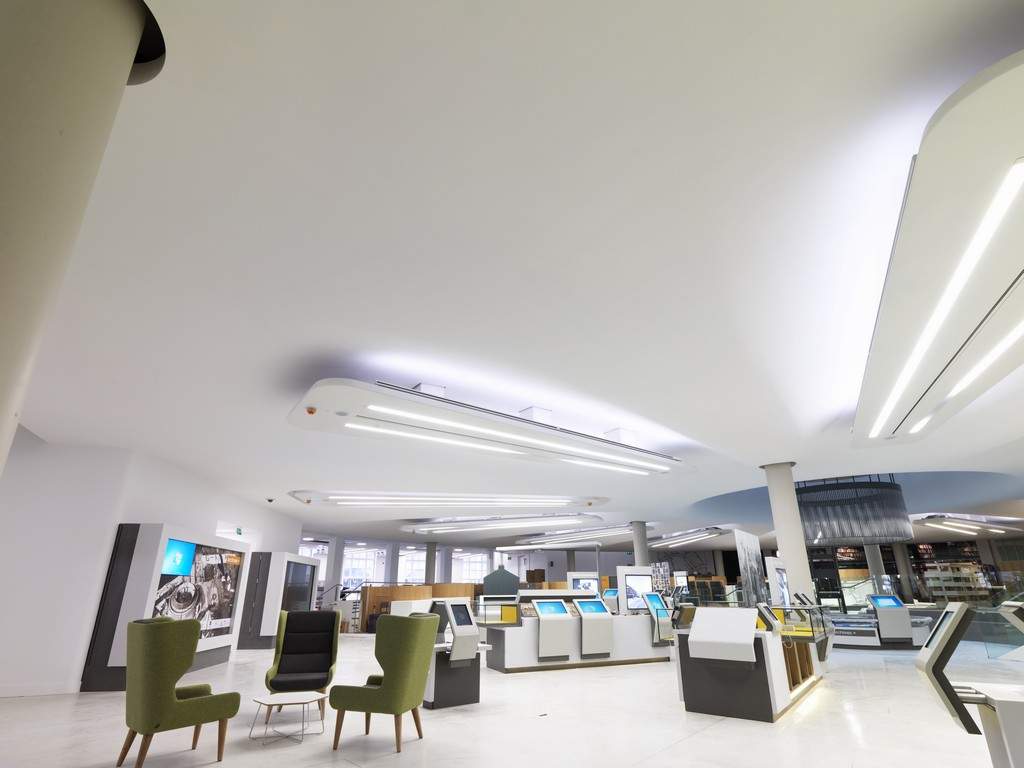 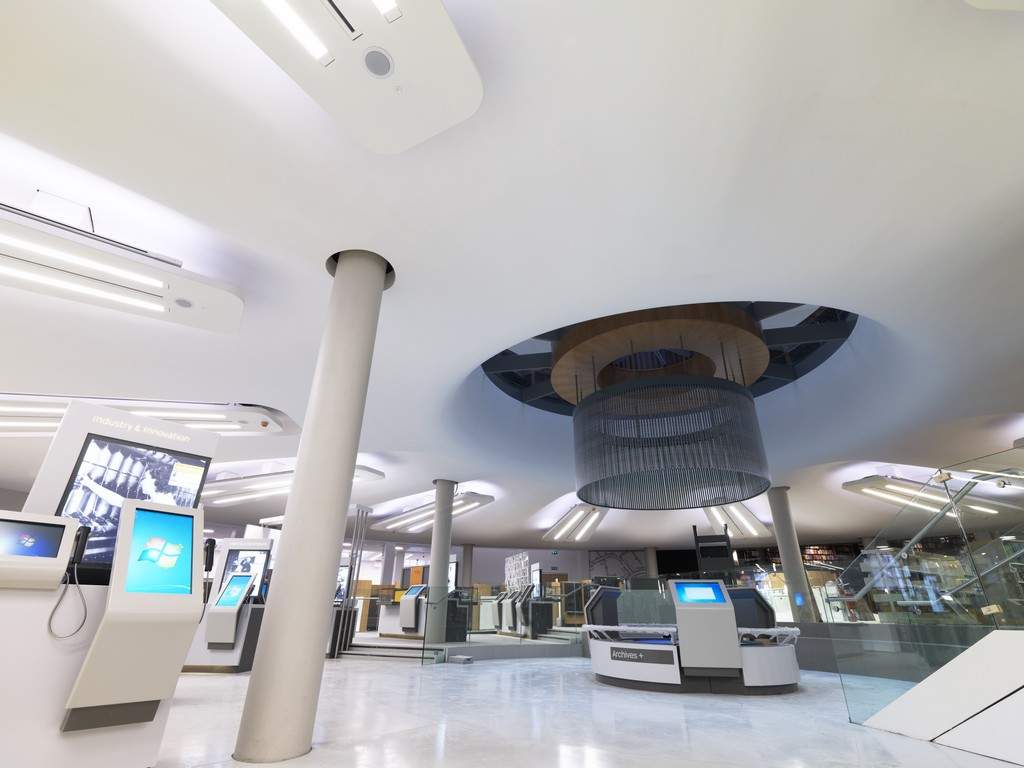 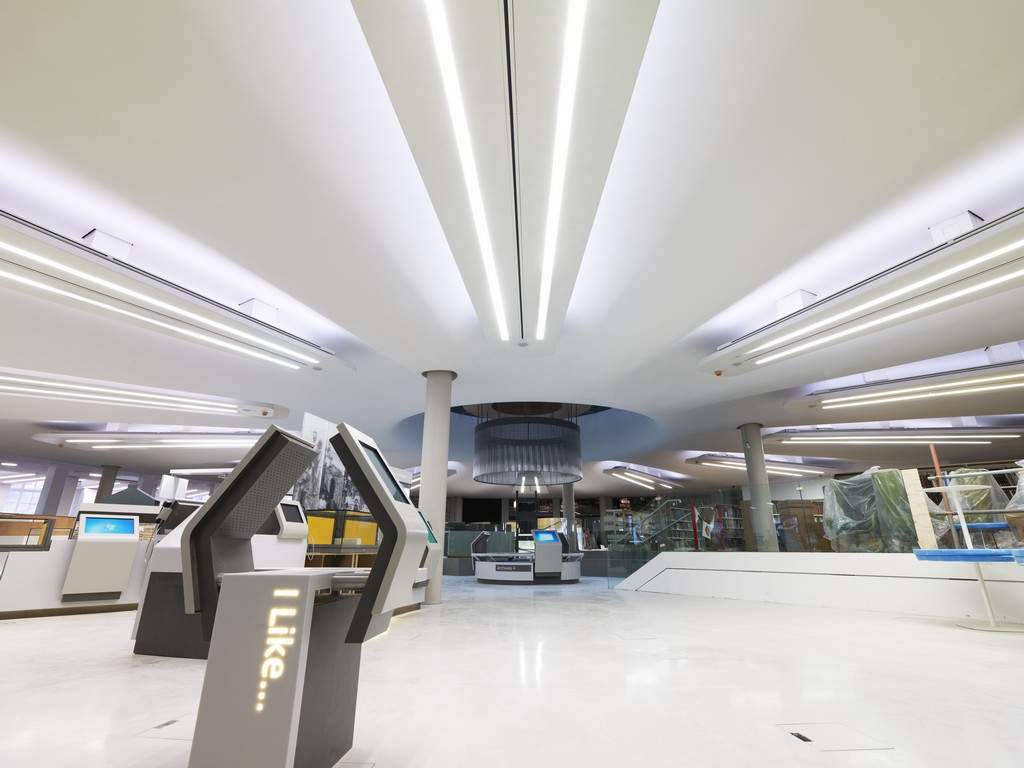 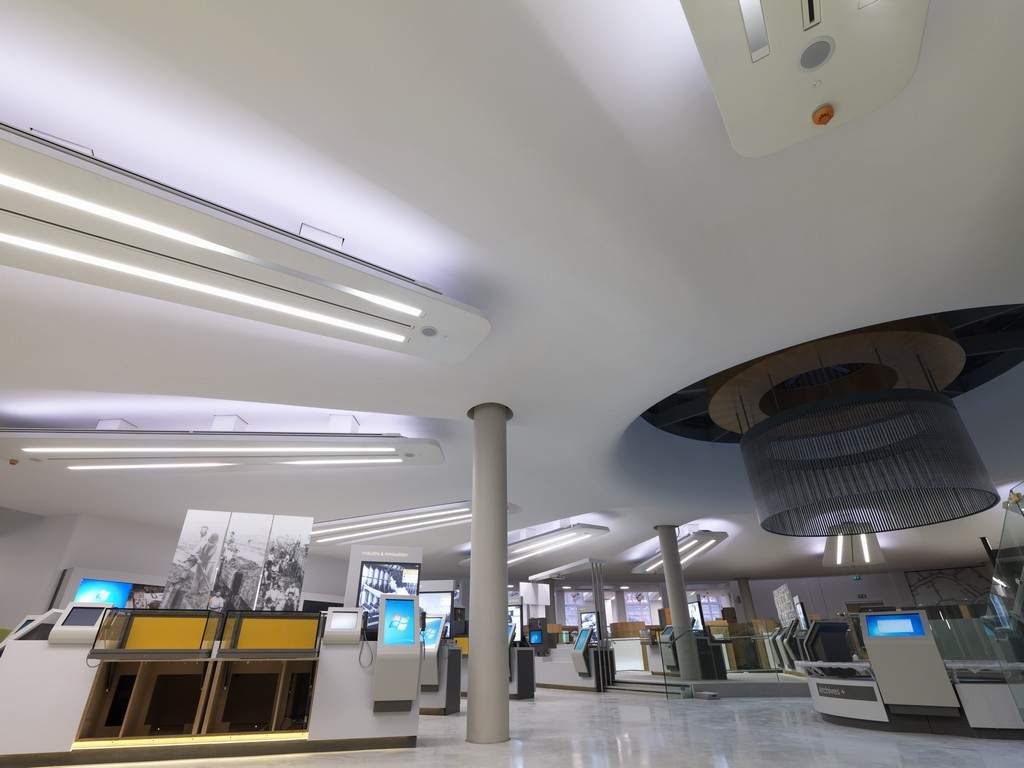 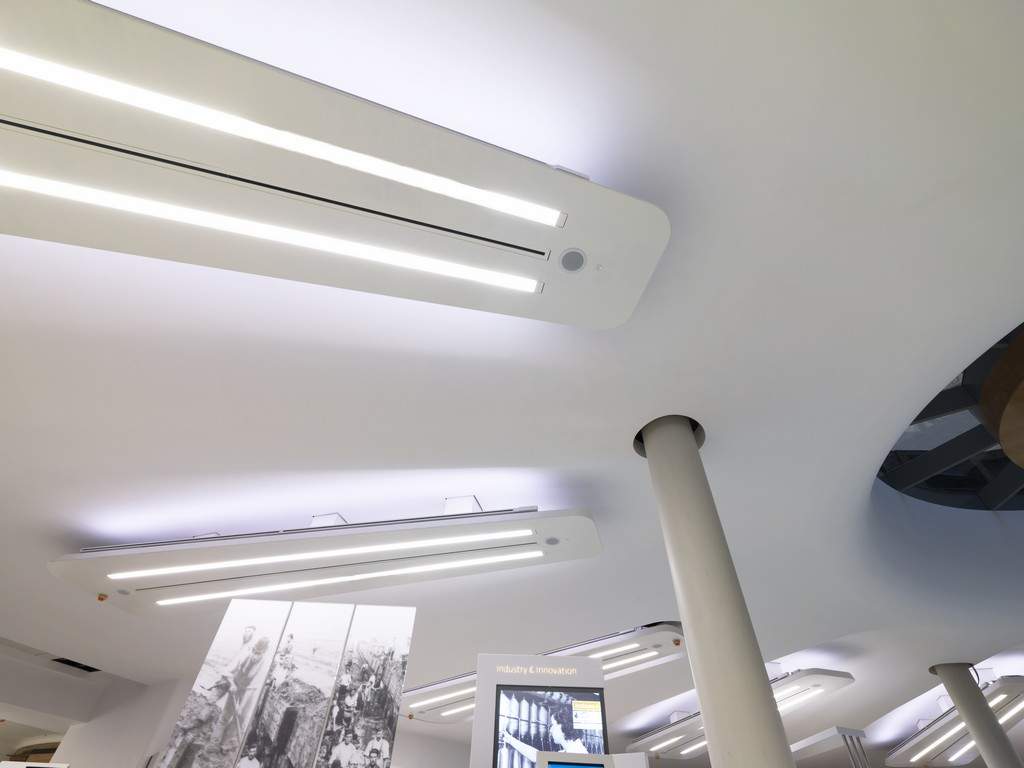 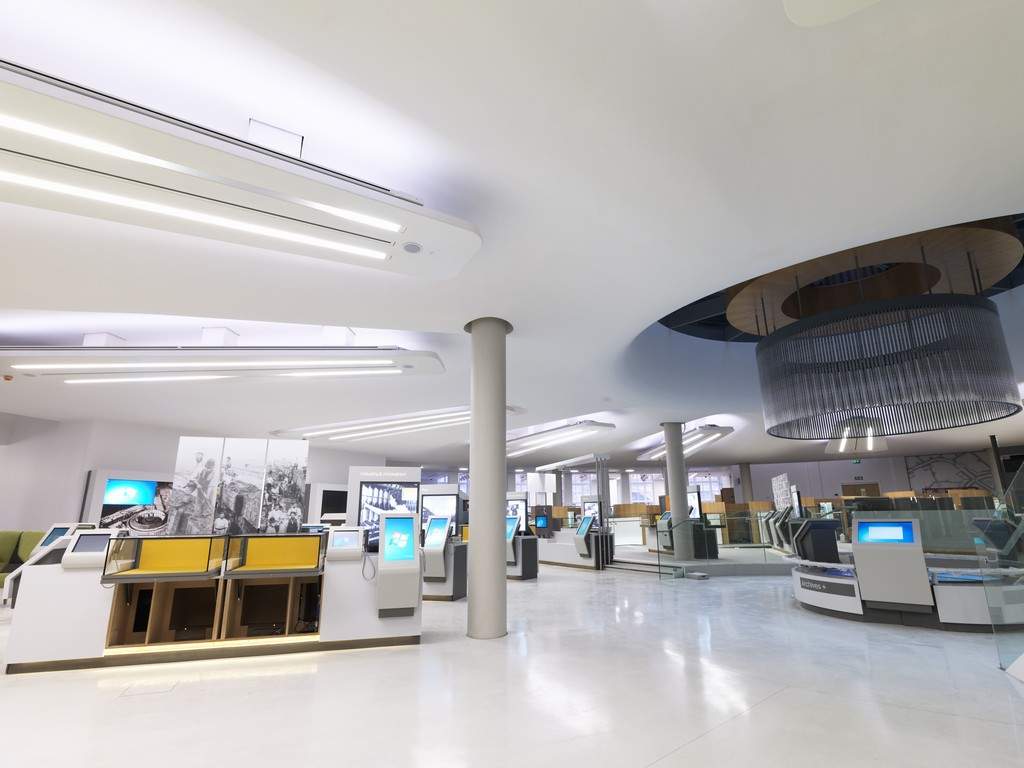 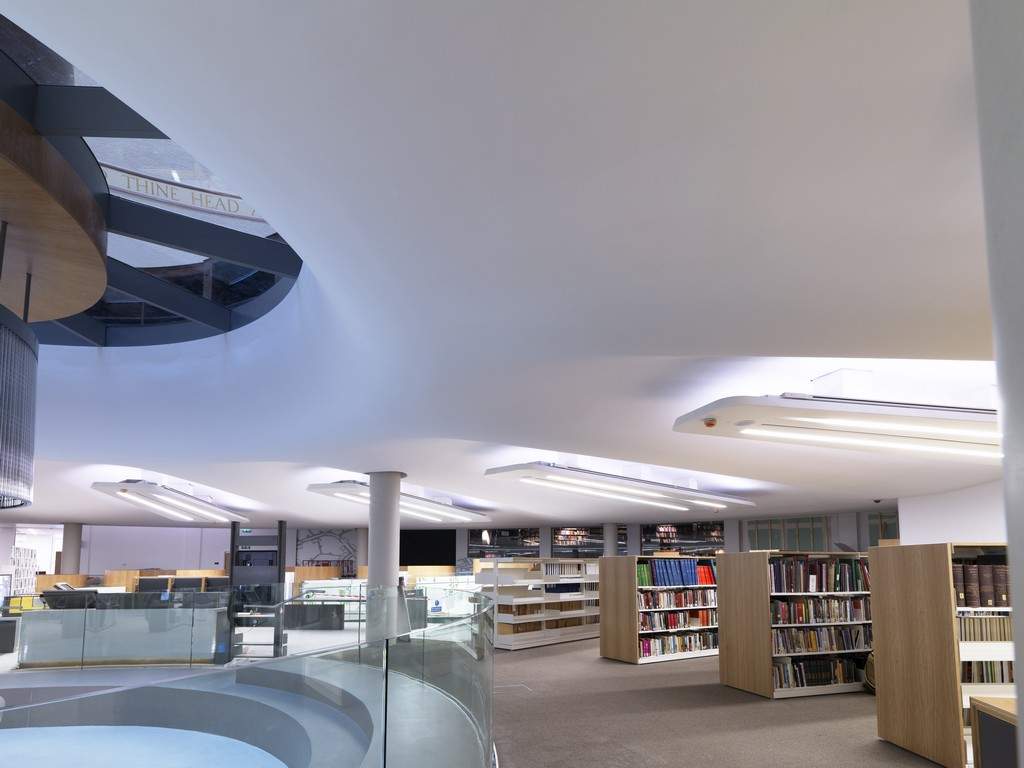 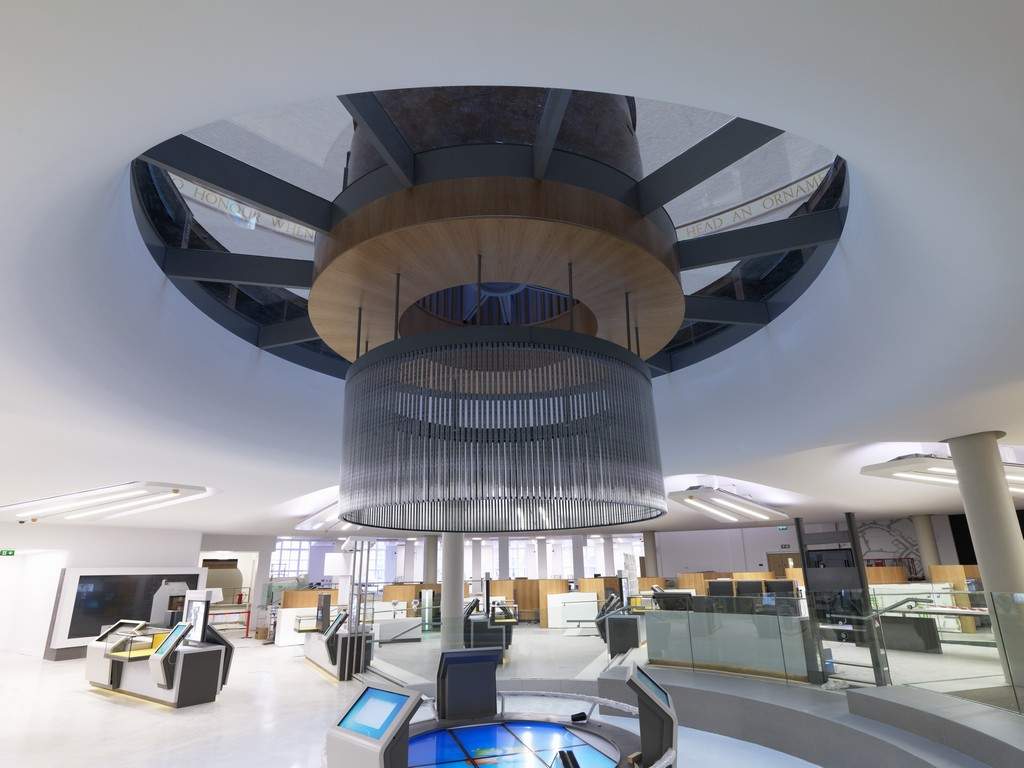 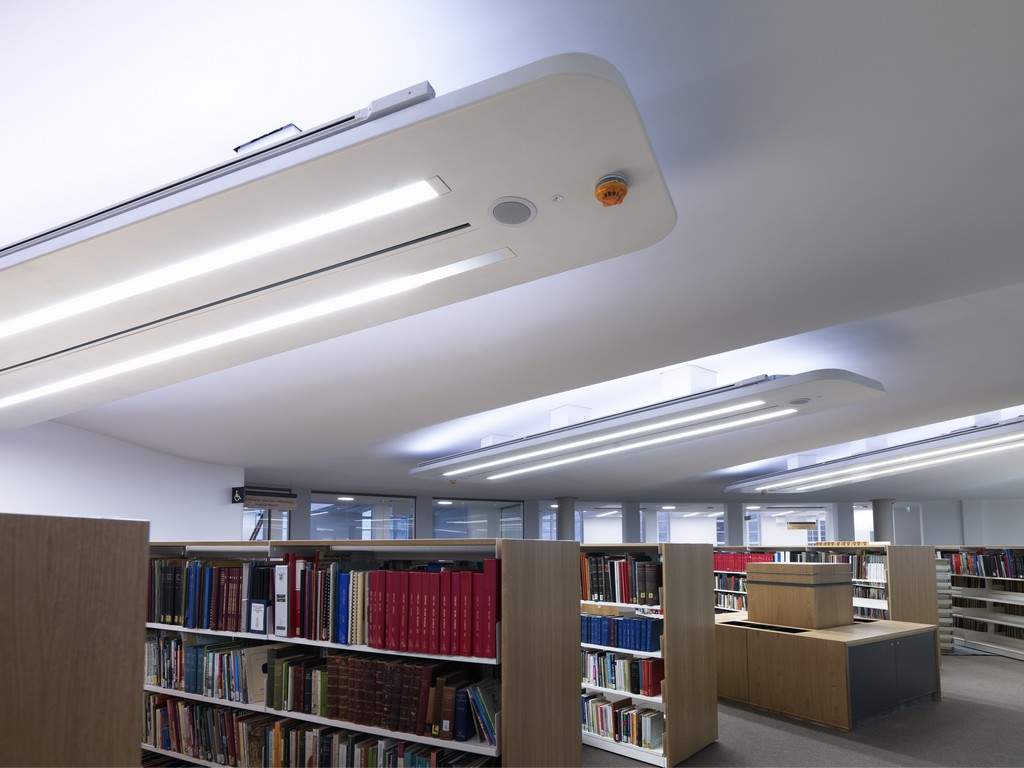 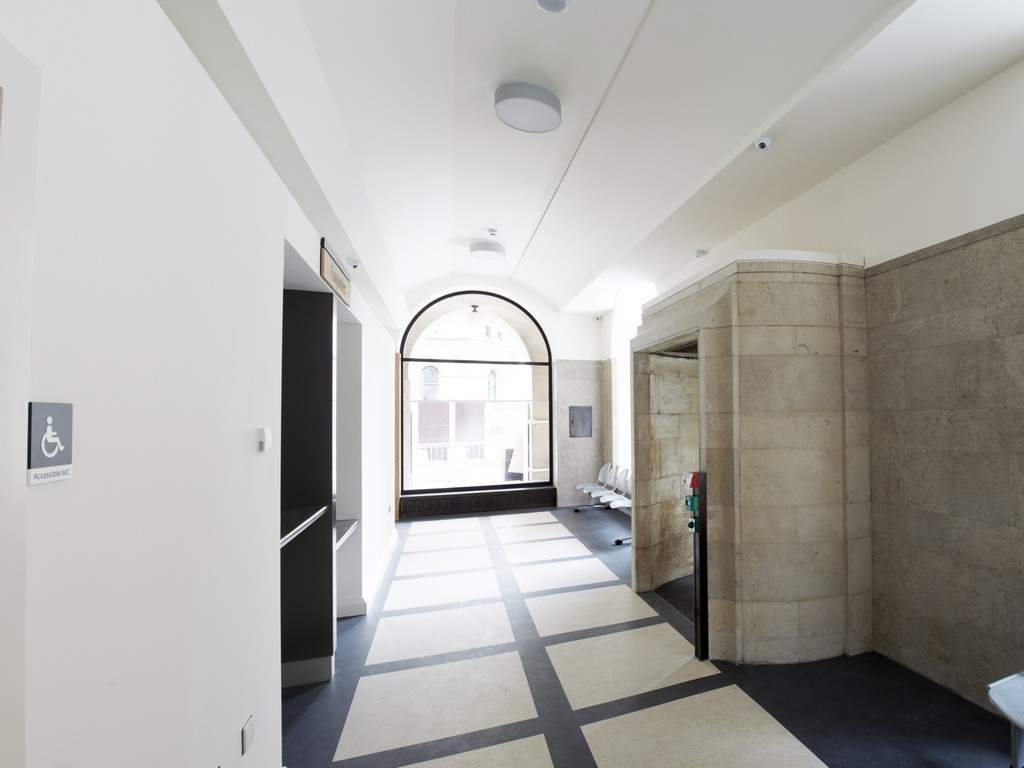 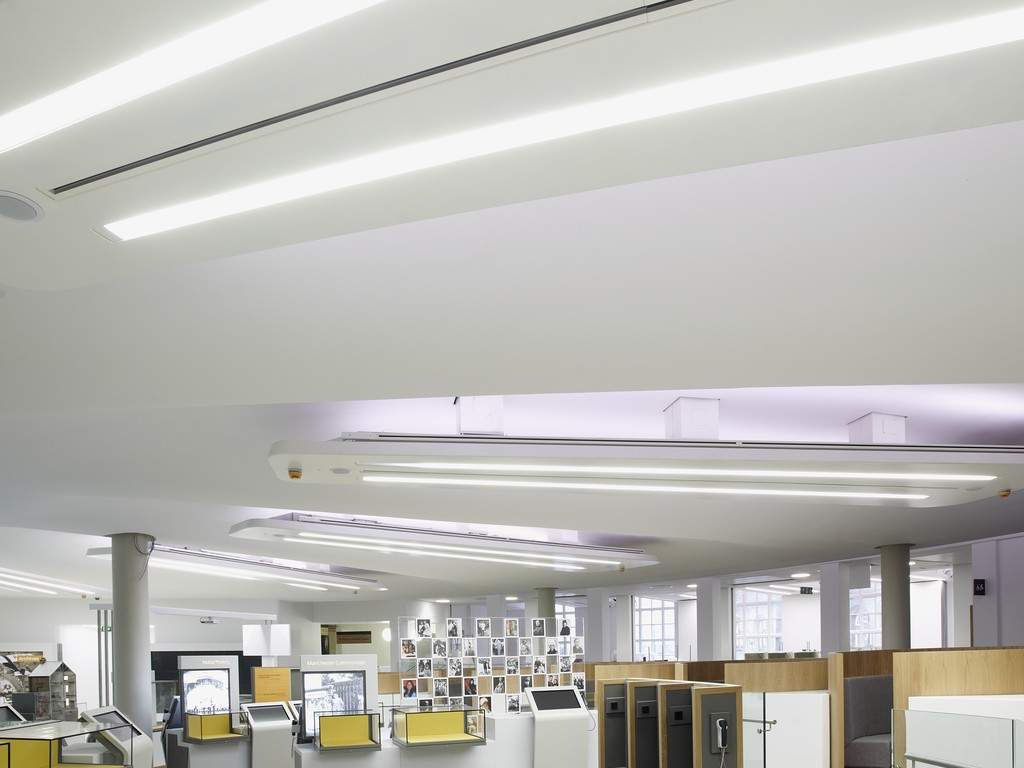 SCS were the obvious choice for the refurbishment of the historic Manchester Town Hall, due to our bespoke manufacturing capabilities, and teams of skilled craftsmen who embrace modern and heritage construction techniques.

One of the key contributions SCS made to this project was the bespoke GRG ceiling we designed, manufactured and installed in the library. The architects wanted to achieve a seamless wave effect within a curved circular suspended ceiling that linked the modern and historic part of the building.

Our clients were delighted with the "stunning juxtaposition of heritage and modern architecture". 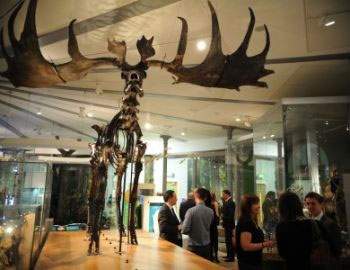 In keeping with the museums original Victorian architecture and modern interior, we were challenged with combining both traditional plaster renovation skills, and cutting-edge Knauf drylining, partitioning and suspended ceilings. 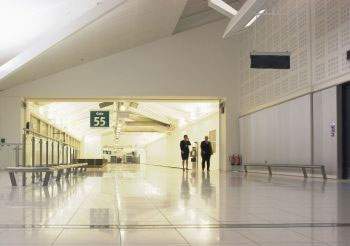 SCS helps to bring the worlds largest airliners to Birmingham

SCS Group, working in conjunction with Laing O'Rourke, were delighted to recently complete the striking 240 metre long International Pier at Birmingham, just in time for the airports 70th anniversary.

To celebrate the occasion, an Airbus 380 the worlds largest airliner flew into Birmingham from Dubai and docked at the striking three storey Pier. This is the first time an A380 has been able to land at a UK regional airport.

Opened after only 14 months, the International Pier combines futuristic architecture and high-tech materials, and sits seamlessly alongside the rest of the airports bright modern interior. This unique £50 million gateway replaces the existing structure and provides a state-of-the-art extension, which makes it possible for even the largest airliners to land in the Midlands. Once fully operational, this landmark facility will service up 13 airliners at any one time and enable the airport to increase passenger numbers to 18 million.

Expertise in cutting-edge materials and a strong track record in innovation were deciding factors in the appointment of SCS on the project. Over the 14 month period, SCS specialists were instrumental in the construction of the optimised steel frame. Our experience on modern urban projects such as Leedsâ€™ tallest building - Bridgewater Place - also enabled us to create a flexible modern interior that met the needs of airport security and safety, incorporated sustainable energy solutions, and delivered a passenger-friendly environment. 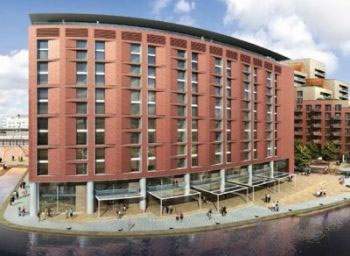 Changing the face of leisure in Leeds.

The recently completed City Inn Leeds has set new standards for hotels in the city and added to SCS Groups enviable track record in the leisure sector.

At the heart of the newly built Granary Wharf district, this new boutique hotel has all the hallmarks of a contemporary City Inn development. Designed to offer guests the highest possible standards of quality, the building boasts high-speed Wi-Fi, iMac computers and Sky in all 333 rooms.

SCS Groups proven attention to detail, consistency and expertise in modern internal finishes enabled the team to install both partitioning and suspended ceilings throughout the development. In addition to creating an impressive lobby, SCS were also able to conceal the hotels advanced lighting system and enhanced air conditioning.

The appointment of SCS on the City Inn Leeds project follows the groups high profile work at the City of Leeds Museum and at Doncaster Racecourse. 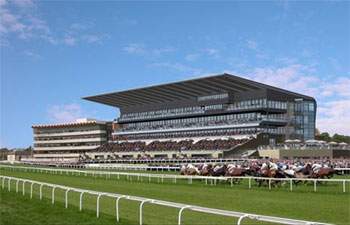 SCS was contracted to install British Gypsum drylining and partitions, and Rockfon suspended ceilings, that would refresh and reinvent the celebrated racecourses facilities and enhance the design of the new stand.