Proven performance in the Residential sector

Our ability to accomplish projects of all sizes with the same attention to detail and our expertise in internal finishes has won us the respect of the UKs leading companies. This in turn has given us the opportunity to work on high profile projects in the Residential sector, and a proven portfolio of services and expertise. 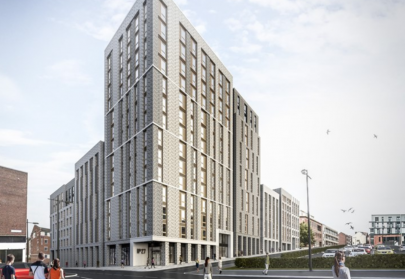 The brick envelope building will rise to 15 storeys at its highest point stepping down to four storeys.

It will include 364 flats for private rent, ranging from one to three bedrooms. with cafés, and restaurants at ground floor level. 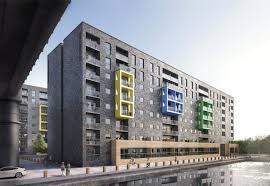 "The development blends the best of city living with open green spaces and has been designed with sustainability in mind. Features of the new properties will include: 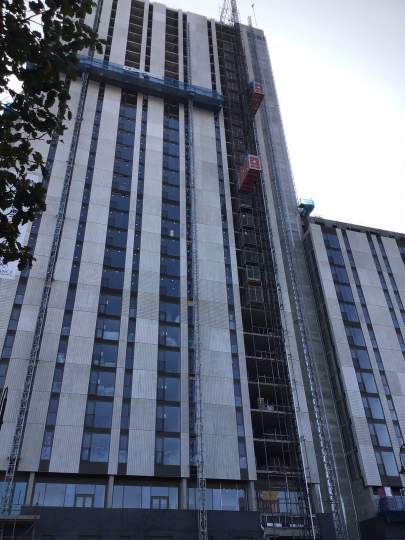 The scheme which will bring 345 luxury apartments and 12 family town houses to Manchester city centre.

The 250-home project in the Holbeck area of the city is being developed by Legal & General, which bought the site next to the Leeds and Liverpool Canal from U+I last year.

The scheme is situated on a surface car park site at Granary Wharf, an established retail, leisure and residential location, located next to the landmark Tower Works site and Candle House.

As well as residential, the three main build projects will together offer 8,640 sq. ft. of commercial and amenity space.

Walker Modular will provide all bathroom pods for the project, which is due for completion in 2020. 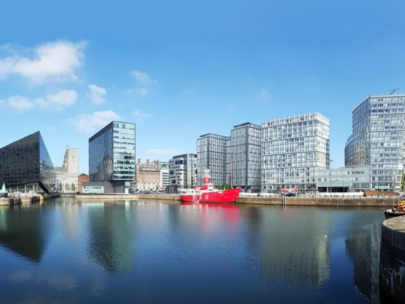 Works have now commenced on 21 Strand Street Liverpool, On behalf of Graham Construction.

The 16-storey development will include a private gym and roof terrace, alongside 1,000 sq ft of Ground Floor Commercial Office space.

Works to be carried out over 56 weeks, with a value of Â£4 million for the Internal Partitions, Ceilings and Plastering Package. 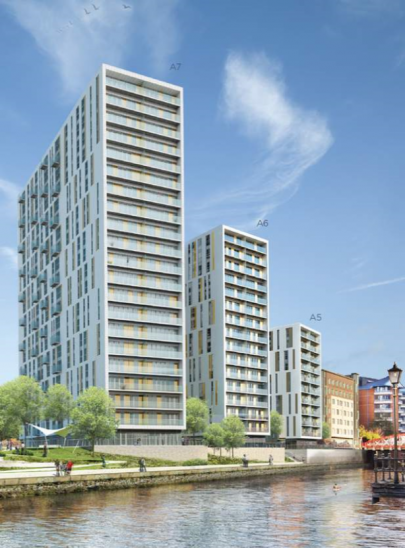 Works have now commenced on Plot A7, New Bailey, Salford, Manchester on behalf of Morgan Sindall.

Plot A7 is Phase 3 of the Slate Yard Residential development in New Bailey, Salford which provides high quality living accommodation on the border of Manchester City Centre.

At 21 storeys high, the Development is the largest of the three Slate Yard Towers and comprises 199 apartments, including 98 one-bedroom, 81 two bedroom and 20 three bedroom homes.

Residents will have access to a number of communal facilities at ground floor level including a gym and exercise studio, as well as a private dining room with a fully equipped kitchen which can be booked out for private parties.

Works to be carried out over 65 weeks, with a value of £1.86 million for the Internal Partitions and Ceiling Package. 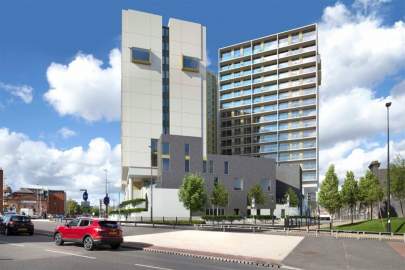 The contractor is set to build 364 privately rented apartments and 11 townhouses at the site between Gore Street and Chapel Street near Salford Central train station, which is currently being used as a car park.

The privately rented apartments are split across three blocks ranging between 13 and 22 storeys in height, with the blocks linked by a two-storey podium that will also provide a courtyard garden for residents.

Designed by architects OMI, the project for clients ECP Holdings and UK Land & Property also includes around 9,300 sq ft of commercial and retail space, as well as car parking spaces.

The development will also link to the ongoing New Bailey development, Spinningfields and Manchester via a pedestrian access route.

Plans for the project were first submitted in May 2015 and were approved in March last year.

Packages include Dryling and Ceilings 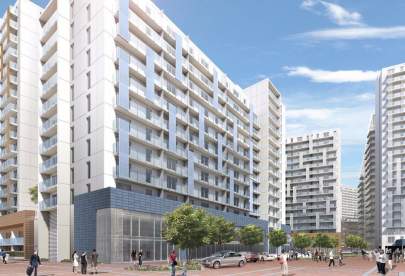 Occupying a prime central location adjacent to the five star Lowry Hotel, Chapel Wharf comprises 995 apartments, arranged over four blocks of up to 22 storeys. The Development is within walking distance of the Spinningfields Business District and Main Retail Centre. 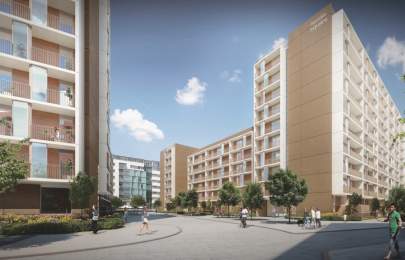 A major £22 million Project currently in progress in the heart of Leeds.

The accomodation is for the private rental sector (PRS) and includes affordable housing.

The individual blocks vary in height (from 6 to 12 storeys) to maximise sunlight into the central courtyards whilst allowing the edge blocks to be dominant so that they reinforce the traditional morphology of the area whilst enhancing the pedestrian flow and urban grain. Ground floor terraces provide active frontages to the street. 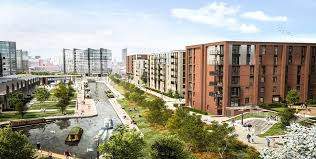 Middlewood Locks is a unique new neighbourhood combining city living, green space, community spirit and a range of commercial opportunities. With over 500,000 sq ft of Grade A office space.

SCS carried out the SFS on the Project. 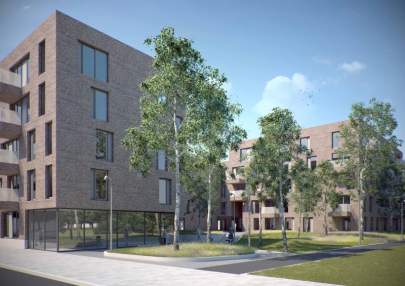 The 172 new homes build is a mixture of two-bed apartments and three-bed townhouses built across two sites, named â€˜Hulme Livingâ€™. 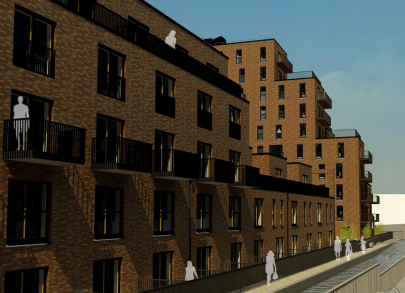 The transformation of the strategic, but run-down 1.5 acre site will bring two new retail premises and the creation of a 253 bedroomed building aimed at providing boutique hotel-style accommodation to students at the nearby University of Central Lancashire (UCLan). SCS have been assigned SFS, Partitions, Drylining and Suspended Ceilings on the Project.

Part of that high-quality accommodation on offer is also aimed at post graduate students at the university and apprentices and key workers in Preston's high-tech manufacturing sector and new Enterprise Zone.

Portergate, which already offers hotel-class student accommodation in Salford and has plans to roll its concept out across the North West, believes the Friargate scheme will play a major role in reviving the area. 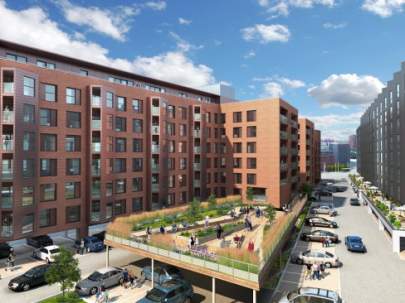 A New Build 144 Apartment in 2 separate buildings (1 x 9 storey and 1 x 8 storey) with a sky garden and undercroft parking plus a separate shell foodstore unit.

SCS were contracted on the new build for Main Contractor GMI Construction to undertake SFS, Partitions, Soffit Insulation and Suspended Ceilings on the Project. 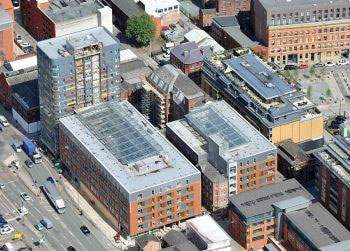 The steel frame structure, formerly known as Sarahs Point, was previously mothballed in 2008 when the previous developer fell into liquidation during construction of the 166 apartment scheme. During the projects dormant period there was a major fire, and significant flooding, so major structural repair works have been required.

Comprising a 12 storey tower, and 5 floor and 6 floor lower blocks, both with semi-external atrium areas, the scheme will provide 126 high quality apartments, and 40 low cost homownership units. There will also be 10,000 sq ft of commercial space to the ground floors.

SCS were engaged by Sir Robert McAlpine to market test and design the internal partitions, ceilings and perimeter linings to apartments, core areas and commercial units. We worked alongside British Gypsum to provide the most cost effective design and specification, taking into account acoustic, fire, thermal, humidity and impact resistant requirements, whilst also considering the requirements in terms of minimum floor area for each apartment. Together we established individual project packs for the 3 blocks, with each block having different overall performance.

At peak output our resident site team managed 60 operatives, with supervision appointed to all 3 blocks.

All of the project stakeholders are excited to see the end result of this long awaited regeneration scheme.